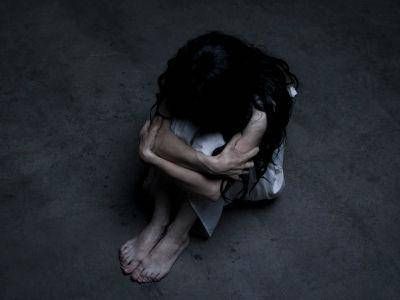 Janet was six years old, when in the middle of the night, her mother tossed her in the car, and drove off to be with a man in another state. Mom and the new boyfriend moved frequently, and avoided all visitation requests by Gary. As a little girl, Janet idolized and adored her father. She wouldn’t see him again till she was twenty-three years old.

A pretty little girl, none of the other kids wanted to be around Janet because she was always so sad. She ended up being isolated and alone, crying herself to sleep almost every night. As a teen, Janet slipped into a deep depression, and was placed on anti-depressants. She hated how the medication made her feel. But each time she stopped the medication, the depression would return. Janet felt hopeless, and suicidal thoughts were constant.

At twenty-three, Janet left home and was reunited with her father Gary, but the depression wouldn’t lift. Janet and Gary entered and sat down. She tearfully told me of being hopeless and wanting to die.

I took Janet through a simple exercise to see if a multiple personality was created as a child. Up popped a six year old little girl. She sobbed, “I miss my daddy!” I asked the six year old what emotion she held for Janet, and she sobbed, “I hold her sadness.” I asked the Lord to come to this sad little girl and speak to her about the sadness. Jesus told her, “I am a man of sorrows, give Me your sadness. I’ll be your daddy.”

Seconds later, all the sadness was gone. The head demon divulged that he’d placed spirits of sadness, depression, and suicide on that wound. We sent them to the pit, and they left without incident.

I had Gary anoint Janet, lay hands on her head, and pray a fathers blessing over her. He prayed for her health, a blessing on her womb, peace, patience, and love. He prayed that every step she took, would take the land for the Kingdom of God. He told her he was proud of her, and that he loved her. They both held each other and the tears flowed.